Elo-MMR is a rating system designed by Aram Ebtekar and Paul Liu. It's designed to be used in formats where multiple contestants compete in rated competitions at the same time and can be ranked discretely against each other. It is designed to converge contestants' ratings more quickly than existing rating systems. Furthermore, contestants wishing to maximize their rating are never incentivized to underperform in any competition.

Because of the migration, user ratings have been retroactively changed as if DMOJ had always been using Elo-MMR. On average, users' ratings will have increased slightly, so rating cutoffs for titles have been increased accordingly. The new rating title boundaries look like this:

The rating distribution on DMOJ looks as follows: 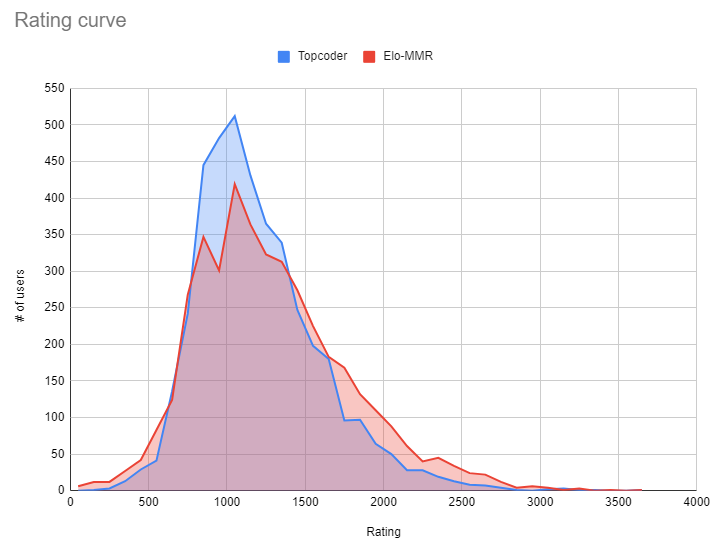 For further technical details on exactly how Elo-MMR works, please refer to this paper.