Grundy is playing his favourite game — hide and seek.

~N~ friends stand at locations on the

~x~-axis of a two-dimensional plane — the

~i~-th one is at coordinates

~(x_i,0)~. Each friend can see things in a triangular wedge extending vertically upwards from their position — the

~i~-th friend's triangular wedge of vision will be specified by two lines: one with slope of

~v_i/h_i~ and the other with slope

~-v_i/h_i~. A friend cannot see a point that lies exactly on one of these two lines.

Grundy may choose to hide at any location

~a~ is an integer satisfying

~Y~ are given integer constants.

Each possible location may be in view of some of Grundy's friends (namely, strictly within their triangular wedge of vision).

~i~ of his friends, for every possible value of

The first line of input contains the integer

The next line contains three integers:

~x~-value of the position of friend

~i~ followed by two integers

~-v_i/h_i~ define the triangular wedge of vision for friend

Explanation of Output for Sample Input

There are three friends with the following triangular wedges of vision, along with the possible positions that Grundy can be placed, as shown in the diagram below: 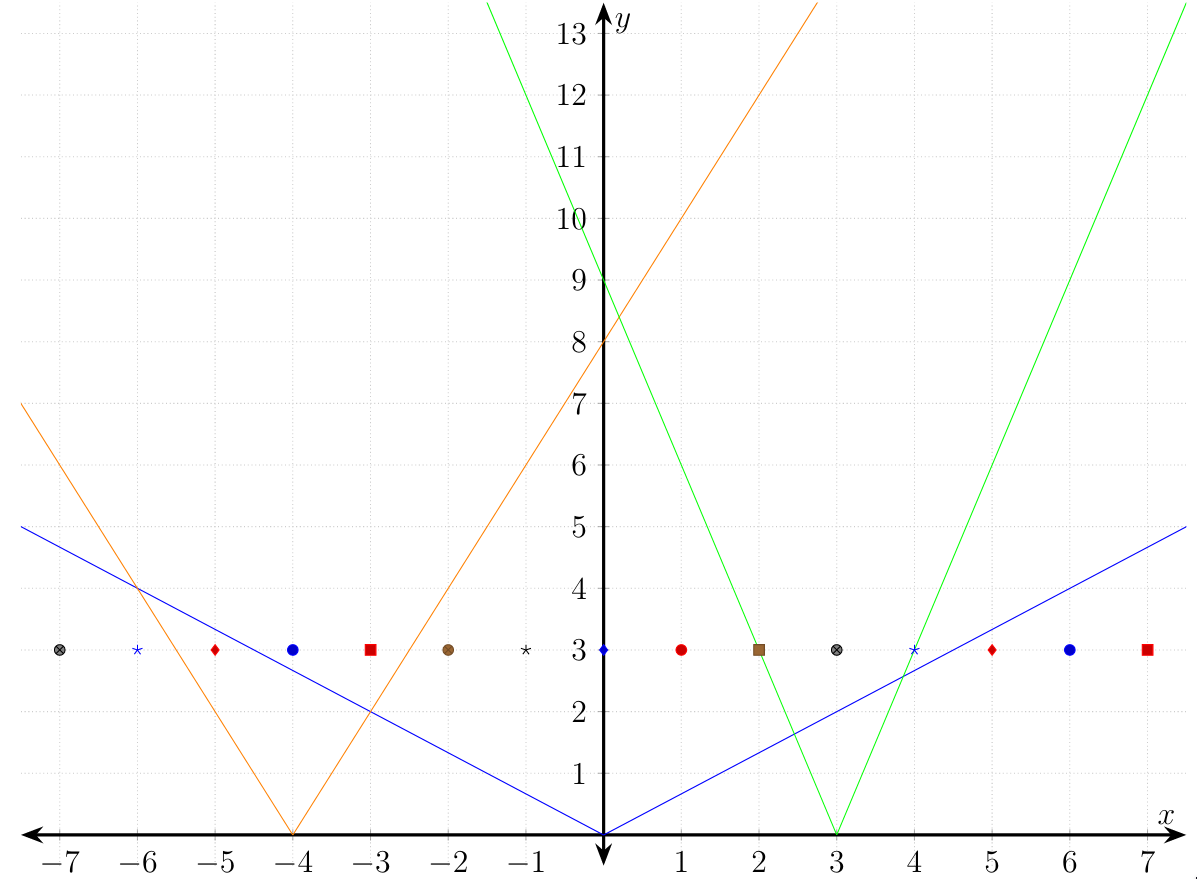