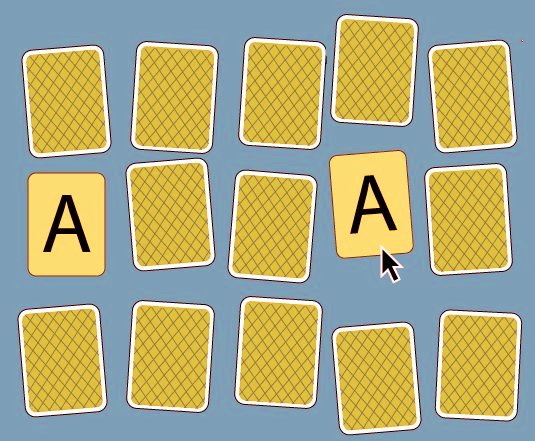 ~50~ cards. Each card has one of the letters from A to Y (ASCII 65 to 89) printed on the face, so that each letter appears on exactly two cards. The cards are shuffled into some random order and dealt face down on the table.

Jack plays the game by turning two cards face up so the letters are visible. For each of the

You are to implement a procedure play that plays the game. Your implementation should call the procedure faceup(C) which is implemented by the grader.

~C~ is a number between

~50~ denoting a particular card you wish to be turned face up. The card must not currently be face up. faceup(C) returns the character that is printed on the card

After every second call to faceup, the grader automatically turns both cards face down again.

Your procedure play may only terminate once Jack has received all

~25~ candies. It is allowed to make calls to faceup(C) even after the moment when Jack gets the last candy.

The following is one possible sequence of calls your procedure play could make, with explanations.

Implement any strategy that obeys the rules of the game and finishes it within the time limit.

For example, there is a simple strategy that always makes exactly

Implement a strategy that finishes any possible game with at most