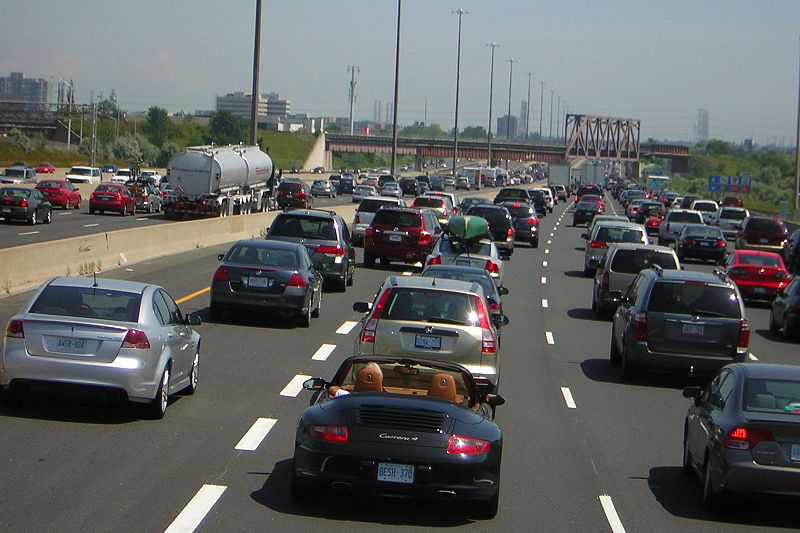 Although Canada is a large country, many areas are uninhabited, and most of the population lives near the southern border. The Trans-Canada Highway, completed in 1962, connects the people living in this strip of land, from St. John's in the East to Victoria in the West, a distance of 7821 km.

Canadians like hockey. After a hockey game, thousands of fans get in their cars and drive home from the game, causing heavy congestion on the roads. A wealthy entrepreneur wants to buy a hockey team and build a new hockey arena. Your task is to help him select a location for the arena to minimize the traffic congestion after a hockey game.

The country is organized into cities connected by a network of roads. All roads are bidirectional, and there is exactly one route connecting any pair of cities. A route connecting the cities

~c_k~ is a sequence of distinct cities 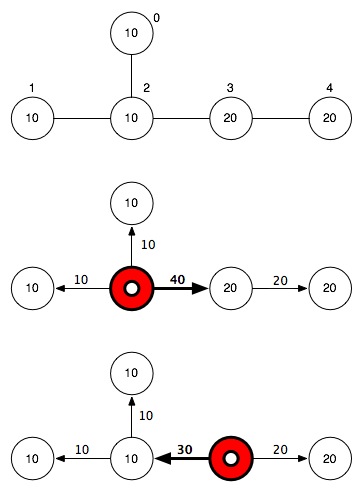 You are to implement a procedure LocateCentre(N,P,S,D).

~N~ is a positive integer, the number of cities. The cities are numbered from

~N~ positive integers; for each

~i~. The total number of hockey fans in all the cities will be at most

~D~ are arrays of

~N-1~ integers each, specifying the locations of roads. For each

~i~, there is a road connecting the two cities whose numbers are

~D[i]~. The procedure must return an integer, the number of the city that should be the arena city.

As an example, consider the network of five cities in the top diagram on the right, where cities

~20~ hockey fans each. The middle diagram shows the congestions when the new arena is in city

~2~, the worst congestion being

~40~ on the thicker arrow. The bottom diagram shows the congestions when the new arena is in city

~3~, the worst congestion being

~30~ on the thicker arrow. Therefore, city

~3~ would be a better location for the arena than city

We remind contestants that with the given constraints, it is possible to submit a solution that passes Subtask 3 and fails Subtask 2. However, remember that your final score for the entire task is determined by only one of your submissions.

Assume that all the cities lie in a straight line from East to West, and that the roads all follow this straight line with no branches. More specifically, assume that for all

Make the same assumptions as in Subtask 1, but there are at most