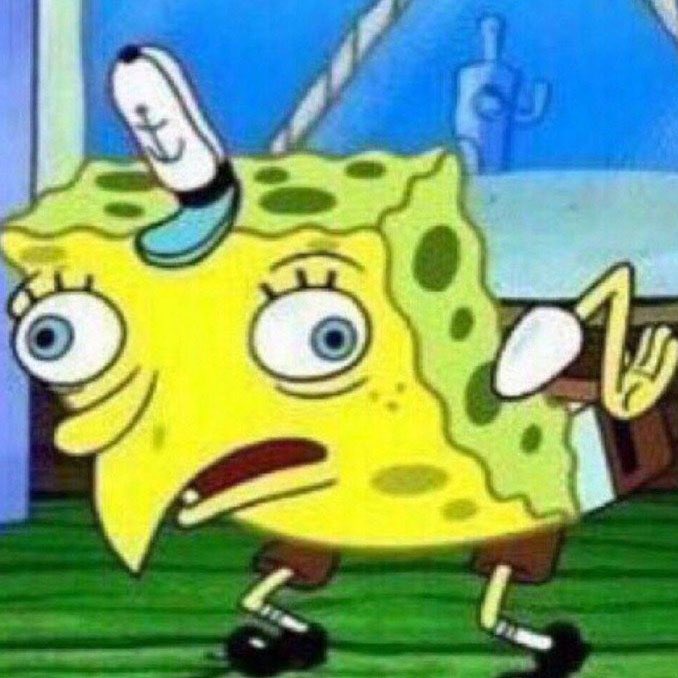 You are a professional memer. Your memes have garnered thousands of upvotes on Reddit and have been reposted by hundreds.

Late into the night, on May 6th of 2017, you receive a call from a fellow talented memer. He informs you of a tweet that has just gone viral, depicting a mocking SpongeBob. The format of the meme is simply a line of text followed by the same line but with erratic capitalization. Excited, you take a look, and instantly you know you've stumbled upon a goldmine.

Cracking your knuckles, you get to work. You masterfully craft dozens of memes, tweeting, sharing them on Facebook, and posting them on Reddit.

Unfortunately, you feel as if you are being inefficient. You are capitalizing letters one by one, and soon your fingers are tired. You stop to reflect. What if there was a way to speed up the process?…

Suddenly, you get an idea. You've dabbled into programming, and could probably make a program that does the hard work for you.

You've got to do it quick though! Users on r/memeeconomy are saying that this meme will be dead soon, so take advantage of the internet while you still have time!

The first line will contain an integer

The first letter encountered has to be turned lowercase, and all following letters are to alter between uppercase and lowercase.

Keep in mind that only letters are to be affected by this pattern. All other symbols must not affect the pattern in any way. You must also "translate" each line individually, and not the entire text together.