Yuan Yuan is getting tired of the traditional game of Tetris, so she has decided to create a new set of rules. The game takes place on an infinitely-tall grid of

~N~. In this game, the player uses the

~19~ types of tiles depicted in figure

~1~. Every such tile is made up of exactly four smaller squares. The picture contains the numberings of the tiles 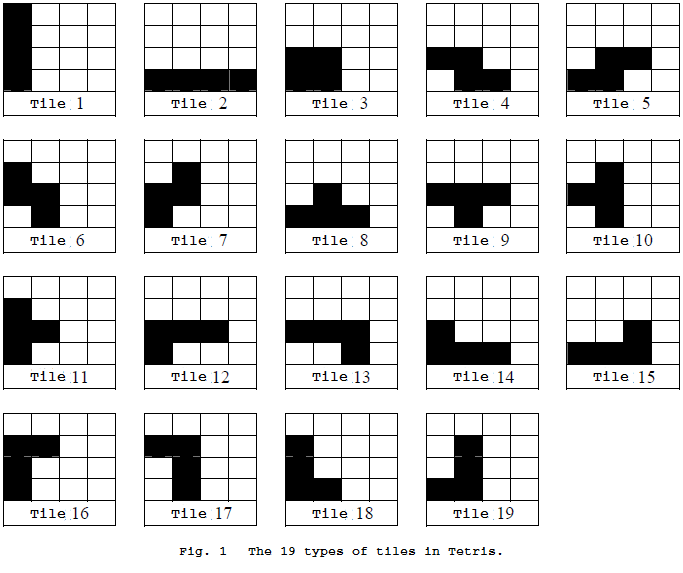 The rules of the game are as follows:

Although the ability to pick which tiles drop greatly simplifies the game, completely getting rid of all the squares still remains a very annoying task. Would you like to try?

The first line of input contains an integer

~N~, the number of columns. The second line contains

~N~ integers, representing the initial state of the grid. Each integer on this line represents the number of consecutive squares are in the corresponding column.

~C~, separated by a space. It is guaranteed that there is a solution, although not necessarily unique. You may output any such solution.

For each test case, your score out of