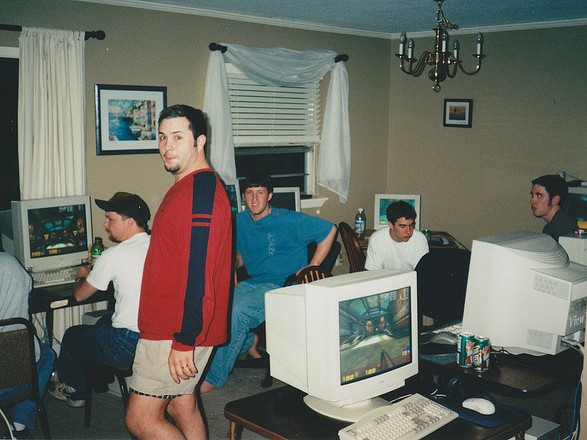 During the last DMOPC, d did great and scored

~4^{th}~ place! (Only to be beaten by Thornhill of course.) ZQFMGB12 is so happy for d that he decided to throw a LAN party with the entire school. The party is organized into

~R~ rows of seats. Each row has

~C~ seats. Initially, there is one player in each seat. As the event goes on, a person's laptop battery might run dry, which causes them to pack up and go home.

~M~ games. Before each game, a single player's laptop battery runs out and they leave the party. Specifically, before the

~i^{th}~ game, the player sitting at the

~v_i^{th}~ column leaves the party. After this person leaves, ZQFMGB12 needs to choose players to play in the upcoming game, so he chooses a square of seats such that all seats in the square are occupied by a player.

Before each game, ZQFMGB12 wants to know the side length of the greatest square of players he can invite for that game. Can you help him?

The first line will contain

~C~, the number of rows and columns respectively.

The second line will contain

~M~, the players that will leave throughout the event.

~v~, indicating that the person at the

~v^{th}~ column leaves because his or her battery dies. It is guaranteed that the player sitting at

~M~ lines, output the side length of the largest square of players that ZQFMGB12 can still invite to his game. If there are no players remaining, print 0.