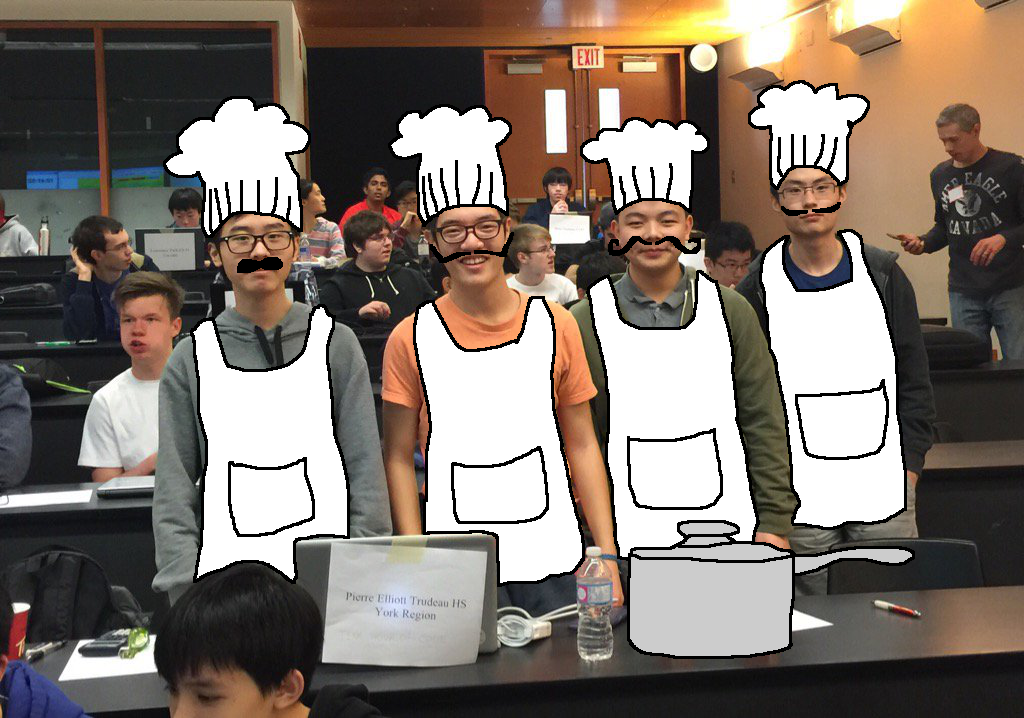 Mr. C is a judge at the ECOO (Educational Cooking Organization of Ontario) contest. The ECOO contest involves teams of students correctly preparing as many dishes as possible. Dishes must be evaluated by a judge in order to count.

~(x_i,y_i)~, in meters from the center of the room. During the contest, there will be

~T~ events where a team will notify Mr. C that they want to be judged. On the

~t_j~ notifies Mr. C to travel to their location

~s_j~ seconds after the start of the contest. It is guaranteed that no team will make more than one notification before Mr. C visits them and that at any second, at most one event occurs.

Mr. C can only walk at a speed of

~1~ meter per second. As the events occur, he will visit the teams in order of the time they notify him. If, however, team

~1~ before going to the other teams, since that team is from his school. He will go to team

~1~ even if he is in the middle of traveling to another team.

Mr. C does not know the events ahead of time and he will travel a straight-line distance from his current location to his destination. If he happens to pass by a team that is not his next destination, he will not judge that team, effectively skipping over the team to judge at a later time. If at anytime no team is calling him, he will remain at his current location.

~(0,0)~. After satisfying all of the notifications, he remains where he is. He wants to know the total distance he walks throughout the contest so he can tell if he exercised enough after eating the teams' dishes. Can you help him?

The first line of input will contain two space-separated integers,

~(x_i,y_i)~ are pairwise distinct, and no team will be located at

Output the total distance that Mr. C will walk throughout the contest. Your answer will be judged as correct if its absolute or relative error does not exceed

After he walks for

During his walk to team

~3~ calls for him to judge them, but he must first visit teams

After finishing the first

~3~ visits, no team makes a call until

~2~ from their notification at

Mr. C must initially walk from his starting position to team

~2~'s location, but because team

~3~ notified Mr. C first, he will skip over team

~1~ to judge them before returning back to team