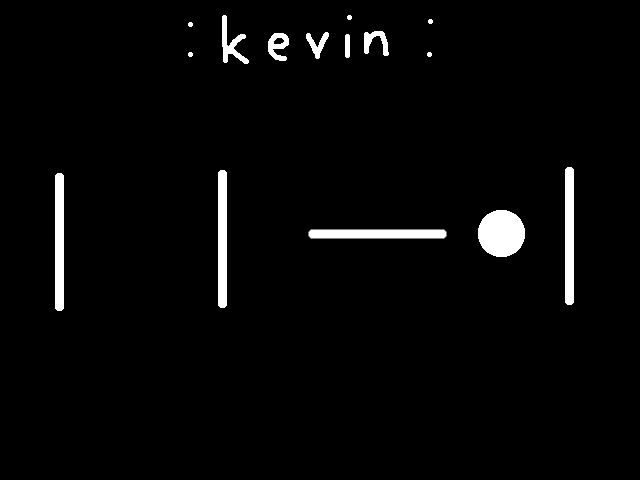 A screenshot of :kevin: in action.

On the second day of school, the computer science teacher shows some more impressive screensavers on the computer. This time, the screensaver called :kevin: stands out to you, mainly due to the simple rules that govern :kevin:.

Upon careful analysis, :kevin: can be represented as an array of

~N~ mirrors placed along a horizontal line. There is

~1~ unit distance between adjacent mirrors, and the mirrors can be oriented in two ways, horizontally and vertically.

A ball enters the array from the left end, and is moving to the right at a rate of

~1~ unit distance per second. The first bounce occurs at

~0.5~ seconds. The rules of bouncing are in the following list:

As a fan of :kevin:, you want to implement this screensaver yourself! Firstly, the ball tends to leave the array too quickly. Given the initial conditions, your task is to calculate the number of seconds that the ball will stay in the array. Since this number may be too small for your own taste, there will be

~i^{th}~ update, change the initial orientation of the

~{m_i}^{th}~ mirror and output the new number of seconds.

The second line will contain

~i^{th}~ character represents the initial orientation of the

~i^{th}~ line will contain the integer

~m_i~. The initial orientation of the

~T~ changes, on an empty line, output the number of seconds that the ball will stay in the array. It is guaranteed that this number will not exceed

The ball leaves the array after

The ball leaves the array after

On the third change, the initial array is set to ---|-. This is the same as the first change, so the ball leaves the array after

On the fourth change, the initial array is set to -----, and all mirrors are horizontal. The ball leaves the array after