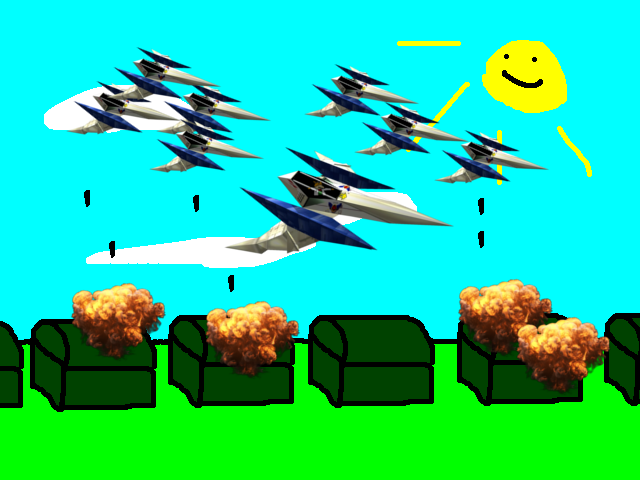 Fax and his squadrons attacking the base.

~N~ from left to right. The

~i^{th}~ compartment has a strength of

~0~ be the space to the left of all other compartments.

Fax will attack the base using squadrons of Kyuwing bombers. Suppose Fax is over compartment

~i~. Then, Fax can issue the following commands:

A compartment can only take

~s_i~ hits from bombs until it is destroyed.

What is the minimum number of commands that Fax must issue to destroy the base and what should they be?

At least one compartment will have

The next line will contain

On a single line, output a string consisting of L, A, and R, denoting the commands that he should issue, in order. You may output any answer of minimum length.

The state when following the instructions will look like this:

Note: If the formatting appears incorrectly, please copy and paste the characters into a text editor.