The best way to celebrate a new year is with a disco party!

~0~ degrees), each of which contains a lamp in the centre and

~N - 1~) evenly distributed around as well. On every small turntable the crystals are all ordered clockwise, with the

At the beginning of the party the

~N~ smaller turntables all have the same orientation. Throughout the course of the party,

~2~ kinds of events will happen

~i^\text{th}~ event. The intensity is determined as the sum of polish for all crystals that light up. A crystal is only lit up when it is located exactly on the line segment between two lamps on the larger turntable (the smaller turntables are small enough so that the crystals do not intersect at the center of the large turntable or each other). Since this value could be very large, output the value modulo

Please write a program to track of the intensity of the crystal disco over the night!

For this problem, you will be required to pass all the samples in order to receive points. In addition, you must pass all previous subtasks to earn points for a specific subtask.

The next line contains

~v_i~, represents the polish value of the

~i^\text{th}~ crystal ordered clockwise from the top (located at

~Q~ lines describe the events. Each line begins with a single integer that is either 1 or 2 representing the type of event.

This problem is graded with an identical checker. This includes whitespace characters. Ensure that every line of output is terminated with a \n character and that there are no trailing spaces.

~Q + 1~ lines, each describing the intensity of the crystal disco turntable.

Output on the first line the initial intensity modulo

~Q~ lines afterwards, with the

The beginning configuration of the turntable can be seen in the following diagram: 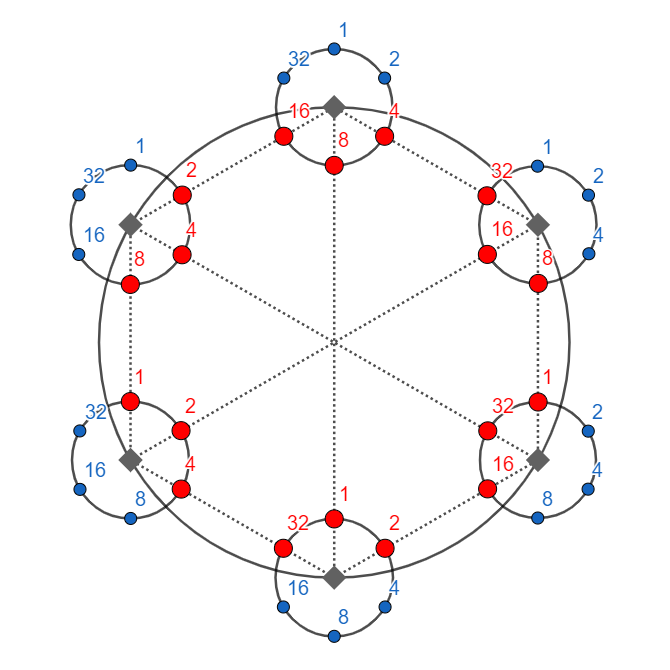 ~6~ smaller turntables.
The intensity is measured as 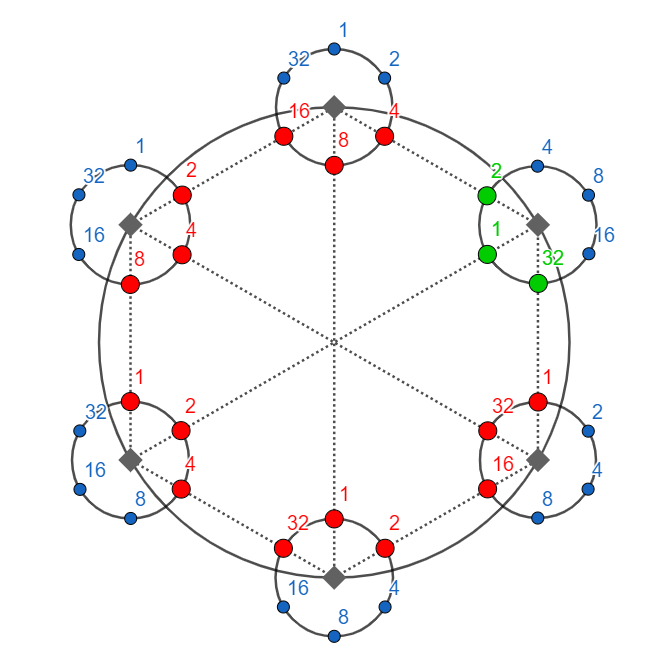 The turntable that has been modified from the first event is indicated with green. The remaining turntables are unchanged.
The intensity is measured as 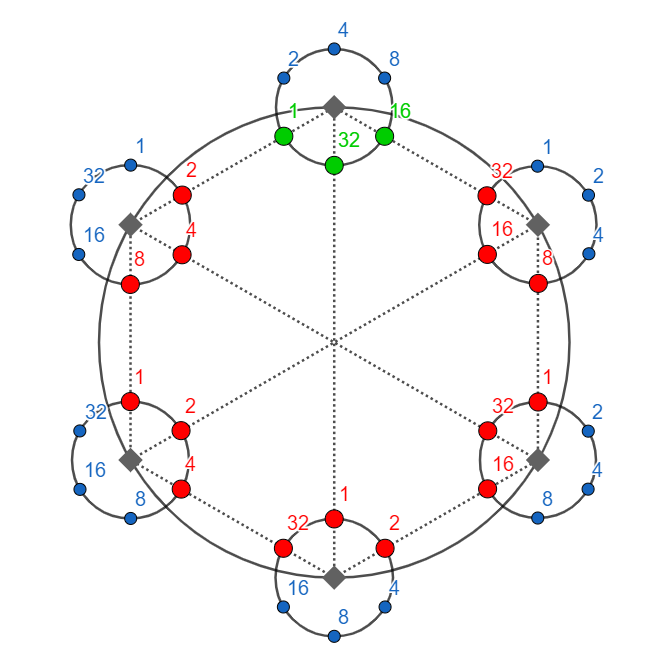 The intensity is measured as 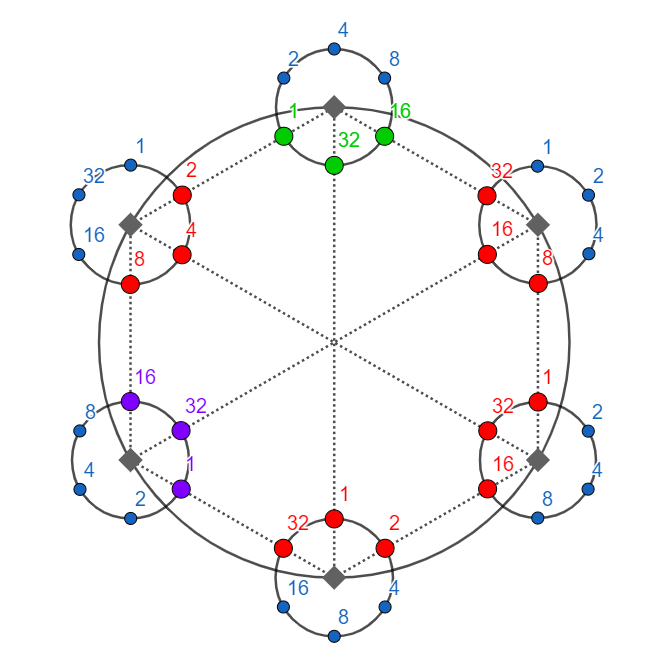 The turntable that has been modified from the last event is indicated with purple. The remaining turntables are unchanged.
The intensity is measured as