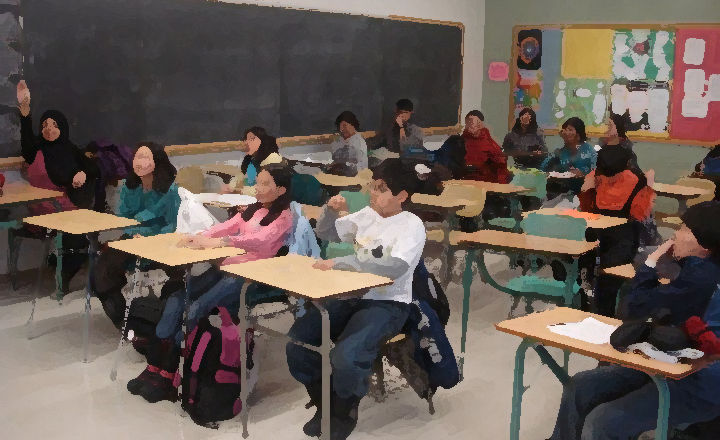 Now that you know a little more about Woburn, let's learn a bit more about the amazing computer science enrichment opportunity that it holds. You might not know that every couple of years, Woburn's very own Programming Enrichment Group recruits elementary and middle school students who aspire to be talented little computer scientists. Indeed, training programmers from such a young age has been a key principle behind the club's success.

Since the number of recruits is usually very high, the PEG leader(s) will often have trouble handling them alone and all at once. Thus, an age-old solution has been devised – splitting them up into groups, each of which will be taught by a senior member of the club! However, this is a more challenging task than it seems, since senior members tend to complain amongst themselves about how unfair it is that some of them have to deal with teaching significantly more recruits than others.

Let's say that there are

~M~ senior members within the club

~N~ recruits up into

~M~ groups such that the numbers of recruits the senior members have to handle are roughly equal to each other. More precisely, we would like to split up the recruits into

The first line of input will contain a single integer

~N~ representing the number of recruits to be split up.
The second line of input will contain a single integer

~M~ representing the number of groups that must be made.

~Y~ is the size of the group and

~X~ is the number of groups with this size in your grouping scheme.
You may output the lines in any order. Consult the sample outputs if you need further clarification of the format.

~30~ recruits and three senior members. We can just do three nice groups of

~21~ recruits and five senior members. The fairest option would be to create four groups of

~5~ (where the difference between the smallest and largest group is