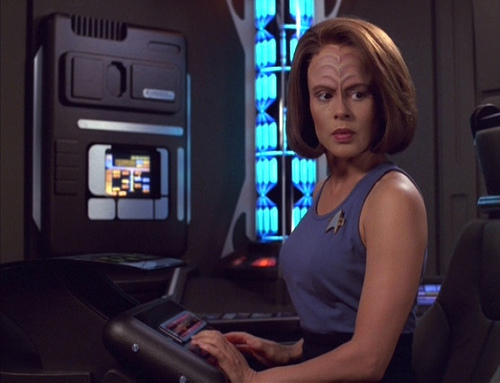 Lieutenant B'Elenne Terres is one unsatisfied Klingon. Her engineering working aboard the Starship Enterprise is all well and good, but what she really needs is a mate!

Fortunately for her, the Enterprise has happened across a Klingon colony, which has

~S_{i}~ (a unique string consisting of at most

~20~ letters), and according to a survey which Terres has conducted, they've won

~(0 \le L_{i} \le 100)~ battles in their lifetime. She's not too concerned about which of the warriors actually happen to be single at the time.

Any warrior who has lost at least one battle would clearly not make a suitable mate - weakness is unacceptable. Of the warriors who have never lost any battles, the perfect mate is the one who has won the greatest number of battles. If multiple suitable warriors have won the same number of battles, then the one earliest in the list of

Please help Terres determine the name of this perfect mate! Of course, it's also possible that there's no such mate, if none of the

~i^{th}~ of these lines consisting of a single string

Output a single line consisting of a single string - either the name of the perfect mate, or None if there are no suitable mates.