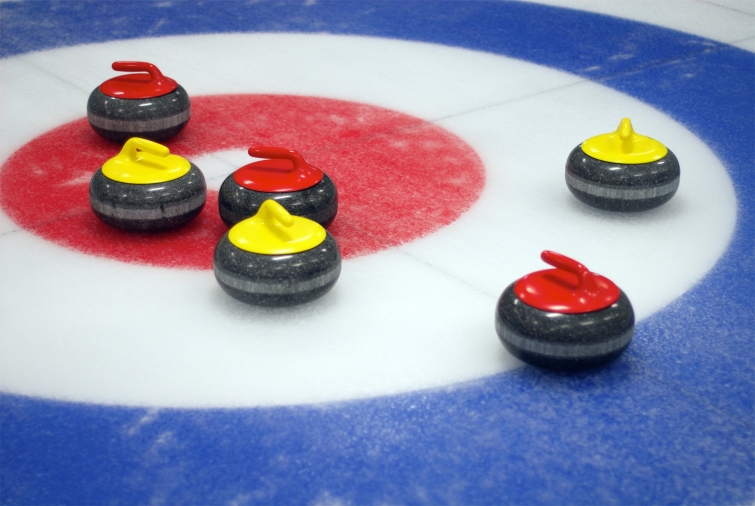 Two teams have just finished playing a riveting round of Canada's national sport, curling, and it's time to tally up their scores! Team

If there are no stones in play at all, neither team will score any points. Otherwise, only the single team which owns the closest stone to the button will score points. That team will score

Please help tally up the two teams' final scores! Note that at least one of these two scores must be equal to

~M~.
The next line consists of integers,

~B~ owns the closest stone to the button (their

~3^{rd}~ one), so they'll be the team scoring some points. In particular, their

~4^{th}~ stones won't count for any points, as they're further from the button than Team