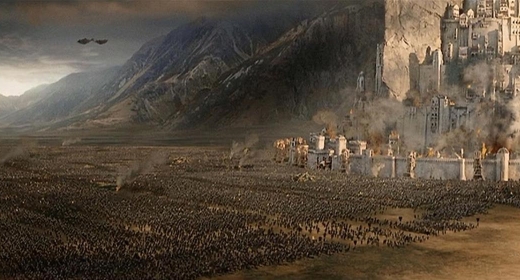 An enormous, decisive battle is about to take place on the Pelennor Fields before the city of Minas Tirith! A noble army of Gondorian men will engage in battle against Sauron's evil army of orcs in an attempt to save their home and all of Middle Earth. Gandalf has given you your own vital task - not to actually participate in combat, but to report to him the state of the battle as it unfolds.

The battlefield can be represented as an infinite number line, and is initially empty.

~i^{th}~ event's type is indicated by the value

An orc is "vulnerable" if there's at least one archer on the battlefield who is able to shoot that orc. After each of the

~N~ events, you'd like to report to Gandalf the number of orcs currently on the battlefield which are not vulnerable.

~i^{th}~ of which consists of a single integer,

~i^{th}~ of which should consist of a single integer, the number of non-vulnerable orcs on the battlefield after the first

~2^{nd}~ event, there are still no archers on the field, meaning that both orcs are non-vulnerable. After the

~3^{rd}~ event, the newly-arrived archer is just barely able to shoot the first orc, while the second orc is too far away and so is still non-vulnerable. After the

~23~ are still non-vulnerable, while the remaining