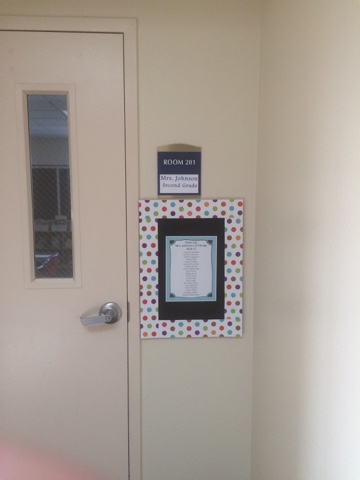 The computer science club at H.S. High School has just posted a special list of five student names. These students have qualified to represent the school at an upcoming programming competition, hosted by Ontario's Organization for Computing Education (OOCE)! The

~i~-th name on this team roster is

~S_{i}~, a non-empty string consisting of at most 20 lowercase letters (a...z), and all five names are distinct.

A certain student is looking at this team roster, and wants to see whether or not they made the cut and will get to compete. This student's name is

~N~, which is similarly a non-empty string consisting of at most 20 lowercase letters. Unfortunately, though their programming skills are strong, their reading skills aren't so strong, so they're having trouble looking for their name on the list. Help them determine whether or not any of the five names

The first line of input consists of a single string,

~i~-th of which consists of a single string,

Output a single character, either Y if any of the five names on the team roster are equal to

In the first case, bob is the second of the five names on the team roster.

In the second case, alice is not present on the team roster.