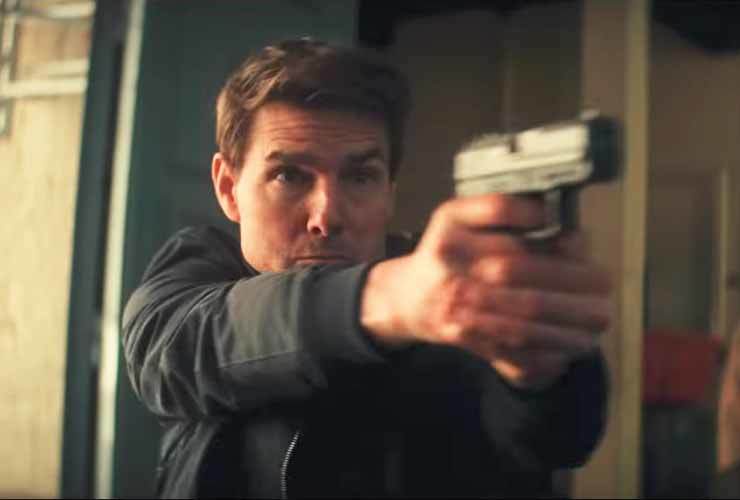 Ethan Hunt is really in the thick of things now — having infiltrated escaped convict Solomon Lane's hideout in the Rocky Mountains, he's now found himself surrounded by

The tranquilizer gun can hold up to

Hitting a guard with a single bullet is enough to tranquilize them, and of course, Ethan never misses. The problem is, he might simply not have enough bullets to tranquilize all of the guards. Fortunately, a potential solution has occurred to Ethan — some of the guards appear to be carrying bullets compatible with his gun, which he might be able to grab and use for himself!

~(0 \le B_i \le 1\,000)~ bullets, which they'll drop upon being tranquilized. This means that, if Ethan chooses to use up a bullet to tranquilize the

~B_i~ new bullets into his tranquilizer gun immediately afterwards. However, he may only use a number of new bullets which will not cause his gun's new bullet count to exceed

~M~. He also may not leave excess bullets lying around and load them into his gun later on, as they'll get lost amidst the chaotic firefight.

~N~ guards in any order he'd like, as long as he always has at least one bullet available in his gun to tranquilize the next guard. What's the maximum number of guards who he can tranquilize?

Output a single integer, the maximum number of guards who Ethan can tranquilize.

In the first case, Ethan could first choose to tranquilize the

~2~nd guard, using up his only bullet but then picking up another bullet. He could then use that bullet to tranquilize the

~3~rd guard, picking up two new bullets as a result. Finally, he could use one of those bullets to tranquilize the

In the second case, Ethan could choose to tranquilize guards

~6~, in that order. This would leave him with no bullets remaining to tranquilize the