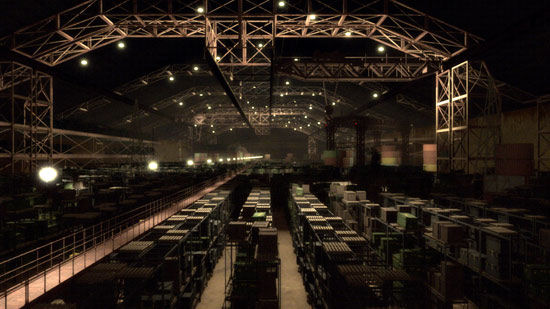 Ethan Hunt has traced a string of illegal plutonium trafficking down to a remote warehouse situated on a frigid island in Nunavut!

The warehouse has been operating for a period of

At the end of the first day, there was a single box (

~O_i = 0~, then Luther has no idea how much plutonium the warehouse had in stock at the end of the

~O_i > 0~, then Luther believes that the warehouse had exactly

~O_i~ boxes of plutonium in stock at the end of the

Ethan would now like to use Luther's observations to determine how many sellers withdrew plutonium from the warehouse. Due to gaps in Luther's observations, there may be multiple sequences of events which are consistent with them, so Ethan is interested in both the minimum and maximum possible number of withdrawals which could have taken place over the course of days

~2 \dots N~. It's also possible that Luther's observations are inconsistent with any possible sequence of events.

~N~.
The next line consists of

Output either two integers, the minimum and maximum possible number of withdrawals, or the single integer -1 if it's impossible for Luther's observations to be accurate.

In the first case, it's possible that plutonium was only withdrawn a single time, on the morning of the

~3~rd day. It's also possible for as many as

~3~ withdrawals to have taken place, on the mornings of the

In the second case, the warehouse could contain at most

~3~ boxes of plutonium at the end of the

~3~rd day (if no withdrawals had taken place), which is inconsistent with Luther's observed count of