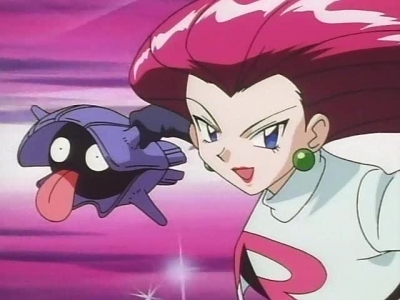 Jessie's been training hard, and is ready to go out there and claim some new Pokémon for Team Rocket fair and square! Or at least, by beating some Pokémon trainers in battles fair and square, and then proceeding to steal their Pokémon.

~i~-th one having two traits of interest — a Strength of

She'll be battling against

~N~ Pokémon to use in it. There are no restrictions regarding her choices — for example, she may choose to use any of her Pokémon either in multiple battles, or not at all.

Each trainer's Pokémon is vulnerable against the Strength and Speed traits to various degrees, based on the values

~(1 \le X_i, Y_i \le 10^9)~. Battle Effectiveness is a measure of how effective Jessie's chosen Pokémon is against a trainer's Pokémon. If Jessie chooses to use her

~i~-th battle, the resulting Battle Effectiveness will be

~M~ battles, help Jessie determine the maximum possible Battle Effectiveness that she can achieve by choosing an optimal Pokémon to use. Please note that the answer may not fit within a

In the first battle, Jessie should use her second Pokémon for a Battle Effectiveness of