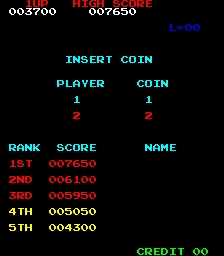 Billy, the king of video games, began his career off the back of a particular arcade game: Donkey Kong. Though he's masterfully played many other games since, there's nothing quite like popping in a few quarters and returning to the arcade classic.

~D~.
The next line consists of a single integer,

Output a single integer, the number of additional quarters which Billy must insert.

In the first case, Billy has already inserted

~3~ quarters), and must insert an additional

~5~ quarters) to bring his total up to at least

In the second case, Billy has already inserted at least