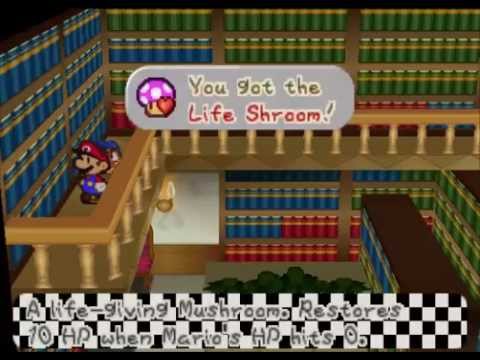 Today, Billy feels the need to unwind by returning to one of his favourite video games, the classic role-playing game Paper Mario. There's nothing more satisfying than replaying the final boss battle against Bowser!

When in battle, Mario's current health is represented by an integral "HP" value. His HP begins at

~50~, and may increase or decrease over the course of the battle.

While battling against Bowser, a sequence of

~i~-th of which will cause Mario's HP to increase by

~50~, it instead becomes equal to exactly

~50~. On the other hand, if an event would cause Mario's HP to become less than or equal to

However, Billy has planned against such an eventuality, by stocking Mario up on an abundance of Life Shroom items. When Mario's HP becomes less than or equal to

~0~, he automatically consumes a Life Shroom, which restores his HP and causes it to become equal to

Assuming that Mario will never run out of Life Shrooms, help Billy determine how many of them Mario will consume over the course of the entire battle.

Output a single integer, the number of Life Shrooms which Mario will consume.

Overall, Mario will have consumed

~2~ Life Shrooms (after the