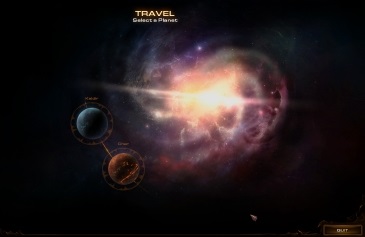 Billy, the king of video games, is (among other things) a top professional StarCraft II player. In light of his recent success as the only human to defeat the fearsome AlphaStar AI, he has received exclusive access to play the upcoming installment in the series, World of StarCraft. In a natural progression for the series, this is a massively multiplayer online role-playing game.

~N~. Each planet is under the control of one of three races (Protoss, Terran, or Zerg), with the character

Despite its secretive and unreleased development status, World of StarCraft somehow already has an enormous player-base. Billy himself has

~i~-th friend is currently on planet

~X_i~, and would like to reach a different planet

~Y_i~ to complete an objective

When a player is on planet

~i~, they may travel along a space route to another planet

~j~, assuming that a space route exists which connects planets

~j~. However, due to open hostilities amongst the three races, it's only safe to do so if both planets are under the control of the same race (in other words, if

Billy would love to help all of his friends complete their objectives, but not without putting their in-game lives at risk! Help him determine how many friends

~X_i~ and ending at planet

~K~.
The next line consists of characters,

Output a single integer, the number of friends who can safely complete their objectives.

~4~ to complete their objective.

Billy's third friend can safely travel through the sequence of planets