It's that time of the (school) year again, and to celebrate, we present the Back to School '19 contest! Get back into your tip top programming shape and start the school year with a new rating! 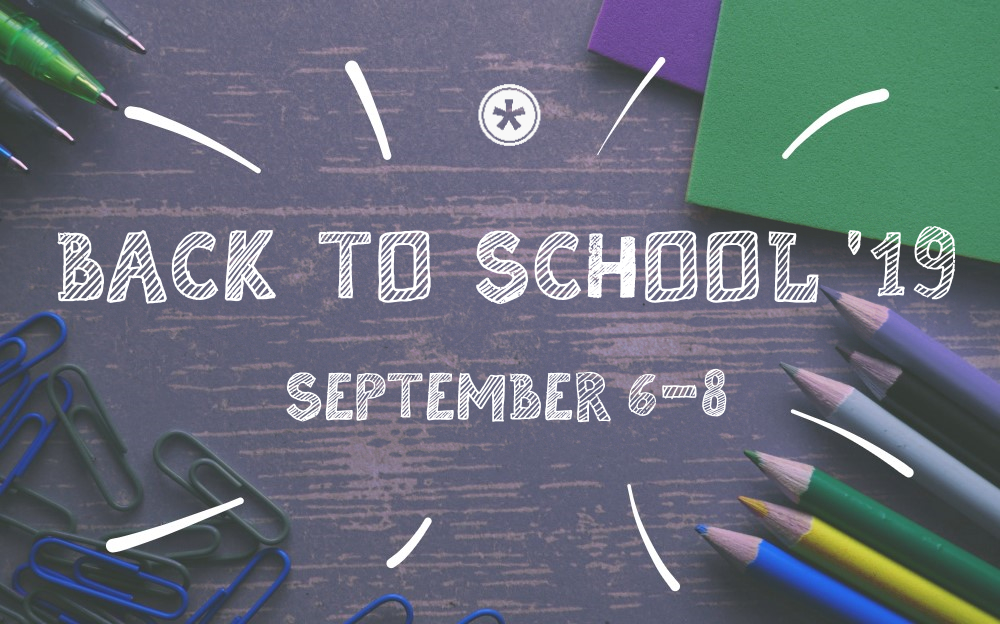 Special thanks to aeternalis1, Dormi, and insignificant for testing.

Back to School '19 will consist of 8 problems, with difficulty ranging between CCC Junior to IOI level. The contest questions have a wide range of difficulty, and you can get partial marks for partial solutions in the form of subtasks. If you cannot solve a problem fully, we encourage you to go for these partial marks.

This contest will use the pretest/systest format for some of the problems. On problems 5-8, when you submit, you will receive your result on some of the test data, called preliminary tests (pretests). After the contest, we will rejudge all solutions on the complete set of test data, and that will determine your final score. Note that getting AC on pretests does not ensure that you will pass system testing, and that solutions that do not pass pretests will not pass systests. We intend the pretests to be as strong as possible. Despite this, there may still be some edge cases that are not in the pretests. Be sure to check the correctness and complexity of your solutions!

This contest will be rated for contestants with at least one submission.

The parameters that were described above are listed here:

Clarification requests for the contest must be routed through the clarification system provided on DMOJ, and not through other channels including but not limited to Slack and Discord.

Due to rampant issues with cheating on contests that has happened recently, any suspicious behavior during the contest window may result in your rating being impacted negatively. Such behavior includes, but is not limited to:

Punishments may include performance being unrated or, for more serious infractions, being forcibly ranked at the bottom of the scoreboard.

Before the contest date, you may wish to check out the tips and help pages.

After joining the contest, you proceed to the Problems tab to begin. You can also go to Users if you wish to see the rankings.

We have listed below some advice as well as contest strategies:

At the end of the contest, you may comment below to appeal a judging verdict. In the case of appeals, the decision(s) of staff is final.