During meetings of young mathematicians a frequent pastime is the Prime Number Circle. For this task, we refer to mathematicians in the circle with numbers

Before the game starts we first draw

~N-1~ circles and one square on the pavement arranged in a big circle. The player numbered

~1~ stands in the square. All other players stand in the circles, starting with the player

~2~ in a counterclockwise fashion facing towards the middle of the big circle.

The game consists of

~k~-th prime. For example for 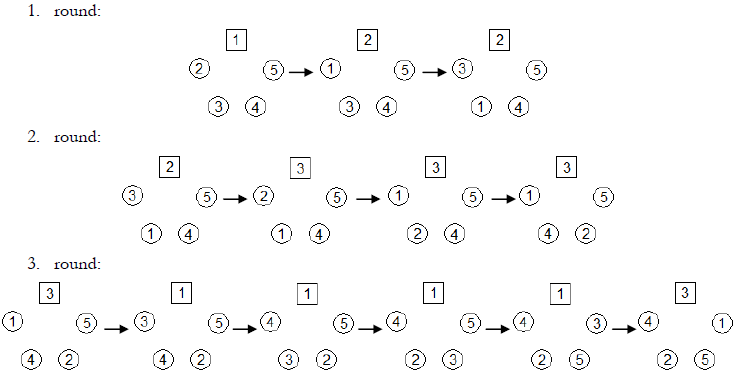 Write a program that will for given

~A~ determine the neighbours of the player numbered

The first and only line contains three integers

Test data is divided into four groups each worth

~25~ points, with the following constraints:

The first and only line of output should contain two integers, the numbers on the right and left neighbours of the player numbered