Santa was not benevolent with his presents this year. Computer_Genius is an unfortunate little boy who received a puzzle for Christmas. The puzzle is shaped like a

~N~ grid where the top left corner is represented by

~(1,1)~ and the bottom-right corner is represented by

~(r_e,c_e)~. Computer_Genius can tilt the puzzle, allowing the marble move to an adjacent cell, using

~1~ second of time. However, in this puzzle, all but

~2~ cells are blocked by magnets which repel the marble. This means that there may not be an empty direct path from

~(r_e,c_e)~. To circumvent this, Computer_Genius can slide a magnet into another adjacent empty cell using

~1~ second of time, (effectively swapping the positions of the empty cell with the magnet cell). It is guaranteed that

~(r_s,c_s)~ is originally empty. Because he isn't very dexterous, Computer_Genius can only do one of the two moves (tilting the puzzle or moving a magnet) at any given time.

Computer_Genius was promised a reward from Santa if he finishes the puzzle. Wanting to get his present as soon as possible and being technologically inept, he hired you to create a program to find the shortest amount of time he will take to complete the puzzle.

The first line of input will consist of five positive integers,

The next 2 lines each contain a pair of space-separated positive integers representing the original positions of the empty cells.

Output a single integer, the minimum amount of time required to complete the puzzle.

~(r_s,c_s)~ is originally empty and is one of the two inputted empty cells. 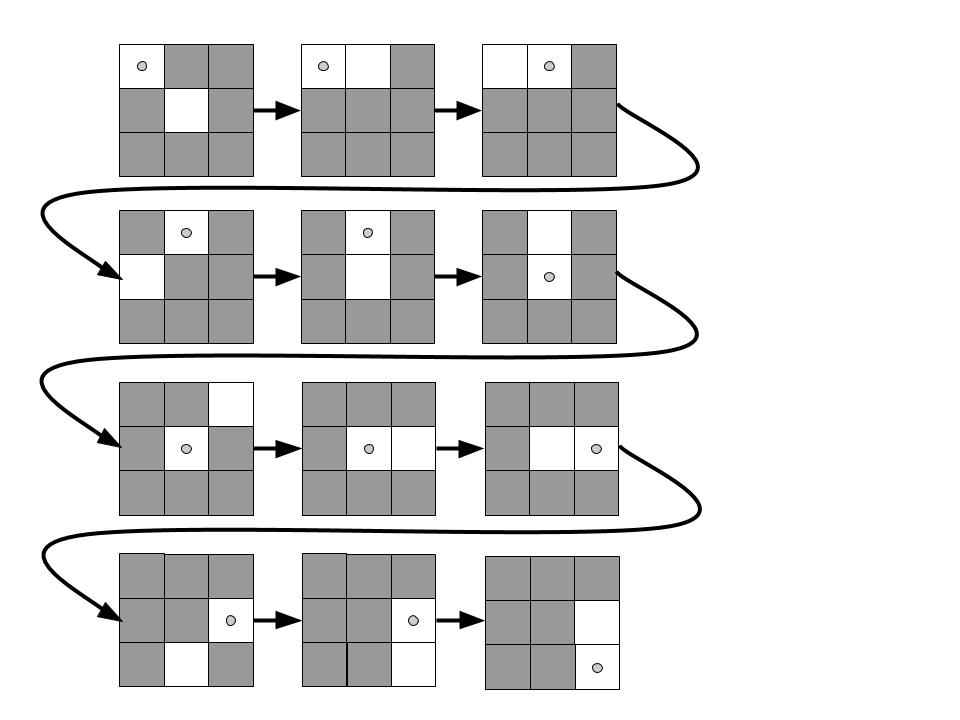