DISCLAIMER: This problem statement contains NO spoilers to the film Avengers: Endgame and is in no way, shape, or form affiliated to Marvel Entertainment. Uses of characters, settings, and scenes are parodical only. 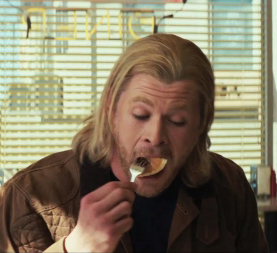 After missing Thanos' head, Thor has been trying to find Thanos. Wallowing in his sadness, Thor has found distinctive purple papayas on each planet (Thanos seems to have a knack for agriculture).

He decides to consult Iron Man, and together, they convince residents of

Once he had received the numbers, Iron Man has discovered something interesting about the results.

You, as the head programmer of the Avengers, are tasked with decoding the information to find out where Thanos is.

The process is as follows, in Iron Man's words: "To crack the code, you must multiply the number of Purple Papayas on each planet with the one following it. Then, you must find the remainder of when you divide the number by 26 and match it to a letter. For example, 0 is A, 1 is B… 25 is Z."

It is your task to find out where Thanos is so that Thor can defeat him!

~N~ lines: A sequence of integers in the sequence

~D~, representing the number of Purple Papayas per planet.

~5~, meaning that there are

~23~, are multiplied together to give

~17~ corresponds to R.
The same is done with the next two numbers,

~14~ corresponds to O.
The next two numbers are

~22~ corresponds to W.
The next two numbers are