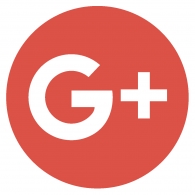 The social network Google+ has

~N~. Each pair of distinct users are either friends with one another, or not.

~j~ have in common. This corresponds to the number of other users which are friends with both

~j~. Note that it does not depend on whether or not

~j~ are friends with one another.

Given the above information, you'd like to guess which users are friends with one another. If there exists a valid set of friendships which result in the given grid of mutual friend counts, then please output the number of friendships

~F~ lines each describing one of the friendships (with

~i~-th of which consists of integers,

Either the string Impossible, or

In the first case, one valid set of

~5~ friendships is indicated in the sample output. For this set, users

~2~) as required, and so on. Note that there exist other outputs which would also be accepted. For example, the friendship between users

~4~ could be replaced with a friendship between users

~4~, the friendships could be outputted in any order, and the users in each friendship could be swapped.

In the second case, no set of friendships amongst

~3~ users would result in the required grid of mutual friend counts.