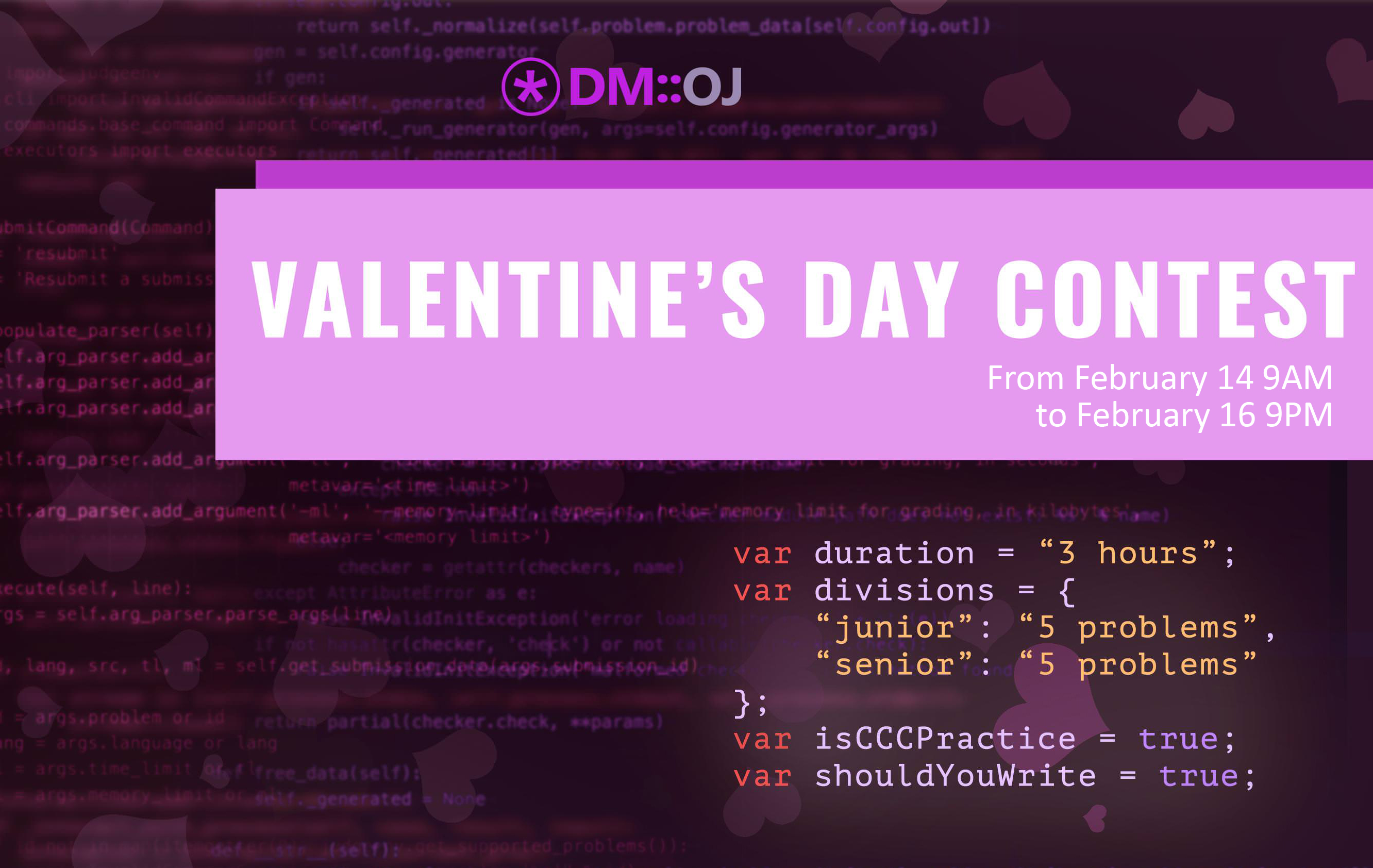 We welcome you to this year's Valentine's Day Contest, Senior Division! Because the CCC is coming up, the Valentine's Day Contest will be in CCC format, with two divisions, with five problems each to solve in 3 hours, with a maximum of 50 submissions per problem. The window will open at 9AM EST on the 14th and will run until 9PM on the 16th.

Parameters for the contest:

The Junior and Senior divisions will not have overlapping problems, so you may participate in both.

Due to rampant issues with cheating on contests that has happened recently, any suspicious behavior during the contest window may result in your rating being impacted negatively. Such behavior includes, but is not limited to:

Punishments may include performance being unrated or, for more serious infractions, being forcibly ranked at the bottom of the scoreboard.

Before the contest date, you may wish to check out the tips and help pages.

The contest consists of 5 questions with a similar range of difficulty to the CCC Senior, and you can get partial marks for partial solutions in the form of subtasks. If you cannot solve a problem fully, we encourage you to go for these partial marks. It is highly recommended to read and attempt all of the problems. You will have 3 hours to complete the contest. After the contest window begins, you may begin at any time. Your personal timer will start counting down, and you will be able to submit until 3 hours from when you started, or until the hard deadline, whichever comes first.

After joining the contest, you proceed to the Problems tab to begin. You can also go to Users if you wish to see the rankings.

We have listed below some advice as well as contest strategies:

At the end of the contest, you may comment below to appeal a judging verdict. In the case of appeals, the decision(s) of our staff is final.